Greetings and welcome to Don’t Call it Jazz on KISU. I am your host as always Jonathan Armstrong, director of jazz studies and commercial music at ISU.

For tonight’s episode we’re going to continue an annual tradition of celebrating LGBTQ musicians in recognition of pride month. I’m really excited to check out some stellar music created by creative artists, and we have a really eclectic playlist for you all tonight.

It would be negligent though to present this show without recognizing what a scary time we’re living in with regard to our LGBTQ citizens. Multiple states have recently passed anti-trans laws, anti-trans and anti-gay violence and hatred is on the rise, as is LGBTQ youth suicide. The recent Florida bill that is disingenuously entitled, “Parental Rights in Education” bill, the so-called “Don’t Say Gay” bill is an insidious and cowardly piece of legislation worded with precision to be vague. Worded to put a chill on teachers of any age discussing quote un quote, sexual orientation in any lesson. Forbids students from engaging in any student club or activity that is affiliated with LGBTQ without the written consent of their parent or guardian. This is sick. It’s scapegoating for political power. It’s pushing our LGBTQ cousins to the edge of society. It specifically yet passively affiliates them with sexual deviance. What a dreadful state of affairs that this kind of rhetoric is not only on the rise, but is resulting in real legislation that will negatively impact LGBTQ youth, and will likely lead to a further rise in violence and self-harm. It’s pathetic.

It’s also completely illogical. A fantasy. A moral panic with no basis in reality. LGBTQ folk are human beings who are seeking their truth like any of us. Period. End of story. There’s no need to be a fragile snowflake about the fact that LGBTQ folks are. That’s it, they just are, and they deserve respect as fellow human travelers trying to figure out life on this spinning isolated rock for a few decades.

Just last week, a U-Haul with dozens of an organized Christian fascist group were apprehended in Coeur D'Alene Idaho on their way to disrupt and likely cause violence and disruption at a pride parade. This is the situation we’re living in, this is the reality and it’s incredibly important that us cis-gendered straight folks, us non-LGBTQ people to recognize what’s happening and stand up for our neighbors, our family, our fellow citizens.

Dancing With The Devil…The Art of Starting Over (2021) 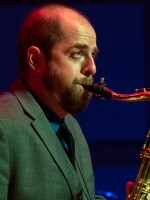