KISU’s Ricky Colapietro interviews Ryan Sargent, the Alumni Director here at ISU. In this episode, they discuss the new Alumni Center being constructed near Holt Arena. They discussed how long the Alumni Center has been in the making, the benefits of the facility, the finish date, and they also talked about the upcoming tailgating events for the first home ISU football game on September 17th. 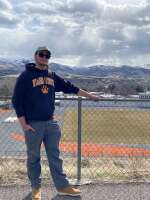 Ricky Colapietro
Ricky Colapietro was born and raised in Alaska, coming to ISU in 2019 to begin his undergraduate degrees in Business Finance, Economics, and Management. Ricky is involved with the Honors program, as well as Chi Alpha, acting as a small group leader as well as the club treasurer. He has been working at his local radio station KVAK for a little over 4 years, being involved in many different functions at the studio, one of the most notable being a co-host to the weekly live radio show “Justin and Ricky’s Random Radio Show.” It airs locally in his hometown Valdez, Alaska live 3-4 pm every Thursday and Idaho listeners can listen to 5-6 pm MST on either the KVAK Radio app which can be found on the Google Play or Apple App store or the streaming option at kvakradio.com. The show features random facts, jokes, a holiday countdown, local news, and other shenanigans. Outside of school and work, Ricky enjoys fishing, working out, and playing video games with his friends.
See stories by Ricky Colapietro