Maclane, Jake, and their lawyer Willie are on the road to a convention in Chicago. Along the way they listen to a few jaunty traveling tunes, and an episode of the Phil Harris-Alice Faye Show.

Music in this episode includes: Let's Get Away From it All by Frank Sinatra and Tommy Dorsey, Pompton Turnpike by Louis Jordan, Love on a Greyhound Bus by Kay Kyser, Side by Side by Paul Whiteman, East of the Rockies by the Andrew Sisters, and Route 66 by Brian Setzer. 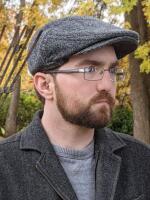 Jake Westbrook
Brother of Maclane, Jake is a cultural hobbyist and curator of pre-1960s publications, radio and various ephemera. His collection of outdated media formats takes up a considerable amount of space and is frankly beginning to become a nuisance. A man can only own so many reel-to-reel machines before he needs to look into a storage locker.
See stories by Jake Westbrook 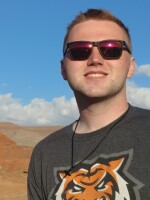 Maclane Westbrook
A communications student here at Idaho State University, Maclane has had a lifelong interest in radio. From listening to old time radio of decades past, to the modern commercial sports talk, country, or top 40 stations, the small town community stations, and now getting involved in public radio, Mac knows there's plenty to appreciate and learn about.
See stories by Maclane Westbrook